In order to save you time and money, one of the things I'll be doing is to read on your behalf. Isn't that good of me. I'll be sharing the best of the books about time and money that I get through. You get my highlights and key take away points, and can decide whether it's worth your while reading the whole thing. Simple. And, as always, I'll keep the post as short as possible, to not use up your valuable time. 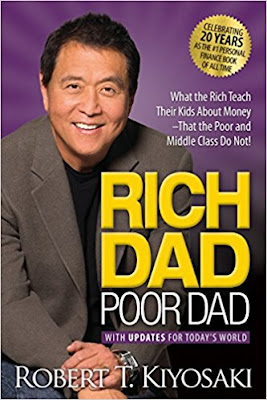 The book focuses on what Robert learnt about money when he was younger. Robert has two dads. Well he actually has one dad, and a friend who also has a dad and that's the dad who is rich and teaches him a fair bit about money. He's not really his dad at all but that seems to spoil the title of the book. He learns about money from the rich dad, rather than the poor dad and puts the learning into practice.

The main idea of the book is that there is significant financial knowledge that rich people have, and poor people do not have. The reason the rich are rich and keep getting richer is that they know about money. Because of that, the rich use money, and think about money, in totally different ways to the poor. That's what Robert learnt. And that, he would say, is how he got rich.

This is the biggest message to hear. And part of the inspiration for starting this blog. 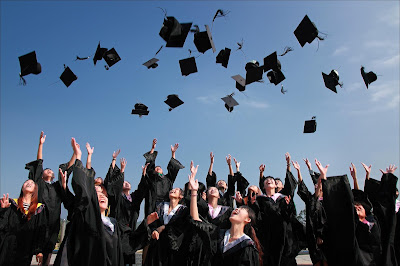 Financial education, financial common sense is in drastically short supply in this instant gratification, advertisement bombarding, easy credit, wasteful world we live in. People are scared of the subject of money, we think its too hard or too boring to pay attention to and therefore we make horrendously bad choices with our finances. And end up with big money problems.


"Most people never study the subject (money). They go to work, get their paycheck, balance their chequebooks, and that’s it. On top of that, they wonder why they have money problems. Few realise that it’s their lack of financial education that is the problem."

Because of this, Robert says, those people who do know about money are in prime position to take advantage. He's right. It's vital to learn about how to make money work for you and to use what you earn in the best way possible.

In order to get richer, more money needs to be spent on assets than on liabilities. The obvious example of this is buying a house. If you buy a house to live in, not only are you going to have to pay the mortgage, you'll have to pay to heat it, to insure it, to fix it. There will be a lot of costs in the future from buying the house. Same with a car. They will cost you money in the future. Therefore they are not assets but liabilities.

Most of us spend most of our money on liabilities, things that cost us money. Instead Robert recommends buying things which will earn you money in the future. Stocks, shares, rental properties, products to sell on, things that will make you richer. It's good advice. The problem is that most of us don't know enough about assets to spend our money in those areas. We follow the well worn path of accumulation to enhance our lifestyle now, rather than thinking over the long term first. It comes back to the lack of financial education, and our responsibility to educate ourselves.

There is a balance to reach between risk and risky that is particularly important in finance. The old saying that you need to "speculate to accumulate" rings true. 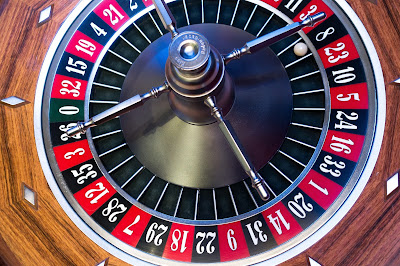 Doing a bit of background research on Robert shows that he's been bankrupt a couple of times and is clearly living that saying out in his own life. Bankruptcy is certainly not the way I want to go, and I'm sure you don't either!


However, there is a helpful encouragement to make calculated financial decisions and seek to generate more money, or at least more experience that will stand us in good stead going forwards. Essentially any way of making money is going to carry a degree of risk. We create an illusion of security with our 9-5 "safe" jobs, however to break out of that cycle (should you wish to) will involve an increased level of risk that perhaps the rich are more comfortable with than the poor. There needs to be an acceptance of that risk in order to improve your financial position, or at least learn enough to not make the same mistakes the next time.

In short, gambling and other reckless financial decisions are risky and should be avoided, however calculated, informed risk is essential to increase wealth.

This is a really interesting one. Robert's point is this. For a lot of people, mastering one more skill will exponentially increase their earning potential. 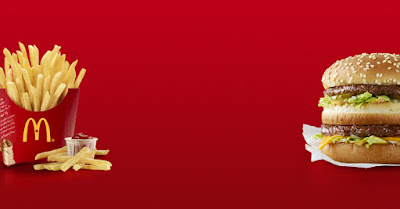 Take McDonalds. They make burgers. Pretty good burgers, but not the best. You could go to many other places, even make your own and the burger would be better. So it isn't only burgers that make McDonald's successful. They sell very well. They brand well, they advertise well. (They also made a whole heap of money in property)

By adding the selling skill to the burger skill they were able to be incredibly successful. Robert suggests that the ability to sell would be a good skill to master for many people. You see it in so many other areas too, it's often not the best burger, sandwich, t-shirt, car or blog that gets the most attention. It's the one that's packaged up the best.

It might not be selling for you, for a lot of people the skill of financial management might be the key. Increasing your areas of understanding and seeing how different disciplines interact does help to improve your earning potential.

Overall it's a good book, well worth a read. There are certain things which need to be taken with a pinch of salt- there's bits in the corporations chapter which verge on tax evasion! I also think he is careless with the terms "rich" and "poor" which are highly subjective, and the poor dad doesn't seem to be particularly poor- just not as rich as he could be.

However it's really helpful in challenging some of our (often wrong) preconceived ideas about how we should handle money. There's variety in the content and a story which keeps it moving along nicely. It is easy to read and covers some hugely important areas of finance in an accessible way.

If you want to pick up the book, you can do so here: Rich Dad Poor Dad
I actually didn't buy the book. It's available on Kindle Unlimited which has a 30 day free trial- so if you're a pretty quick reader you can get it for free! 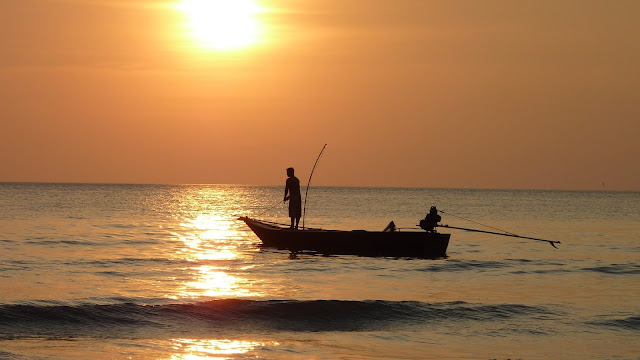