Many of us spend hours each week sitting behind the wheel of a car, travelling to and from work. But what is the cost of all that driving? How much of a difference does it actually make?


Inspired somewhat by my previous blog post, and as someone who has recently moved jobs, I'm very aware of the difference in my journey time now, compared to a year ago. I started thinking about the money I spend just to travel to and from work each day.

There is room here for a bit of good old number crunching. How much does it cost to drive to work every day? What is the financial impact of having a long commute, and how much of a factor should it be in decisions around employment?

I’m going to work it out for myself, which is not far off the average journey time to and from work in the UK today. Let’s break it down into elements:

First of all, the drive to work means that there is a cost in petrol. My car does just over 40mpg which isn’t spectacular, but not disastrous either. It also has a handy reading which tells me how many miles until I need to fill up. After I fill up for around £50, it usually reads roughly 400 miles. That works out at 12.5p per mile.

My journey distance is around 20 miles each way, so handily that is £5 per day in petrol.

I also work in the city centre, which means parking is a bit of an issue. I have to pay £3.75 per day to park, I’m rounding this up to £4, partly because it makes the maths easier, and partly because I tend to get a parking ticket every so often which ramps up the average price!

Now this is where it gets a little more subjective. There are clearly other costs associated with driving your car, which are dependent on how far you go. Insurance, tyre changes, general wear and tear, all increase if you drive more. This needs to be factored in.

Tyre changes are (very roughly) every 25,000 miles or so. This of course depends on how good the tyres are, how often you drive and loads of other things. But we are estimating here. Around £50 per tyre the last time I got them changed gives me 0.8p per mile.

Other maintenance costs are even harder to estimate. It depends on so many factors that the only thing I will do is add an extra 1p per mile. It’s an estimate, but for oil, wiper blades, etc it seems fairly sensible.


Your car loses value depending on how much you drive it. Again I can only estimate for my car. Sticking it into Autotrader’s car valuation page and valuing it for 50,000 miles gives me £5,500. For 100,000 miles it would have a value of £4,300. This gives me 1.2p per mile that is lost. Again this would depend on what car you drove, and age, the starting mileage and all sorts of other factors.

But what about your time? Dough is the time saving money blog after all. What is the cost of the time it takes to commute to and from work?


The average UK worker spends a lot of time commuting – around 400 days of their lives. My journey time is 45 minutes each way. An hour and a half in total. Let’s value my time at the current minimum wage of £7.83 per hour for over 25s.

That’s a huge commitment. It’s worth considering if you are thinking of moving jobs to a distance further away or thinking of starting paid employment. How far do you have to travel? And is it worth it for the salary you are earning?


If you are interested in working it out for yourself, see here for the spreadsheet I used and click on the green button to download it. The blue cells are the ones to update for your own situation. Let me know in the comments how you get on.

2 for 1 movie tickets are cheaper and easier than you think!You've probably seen the advert for Meerkat Movies, the one with the Russian meerkats visiting the cinema or causing mischief. But you don't have to just use the site for your home or car insurance in order to get the bonus. Getting half price films for a year is cheaper than you think!

Fortunately the meerkats are particularly generous and the promotion applies to pretty much anything bought through their site. Not just your annual car or home insurance, which you can often get cheaper by negotiating directly with the providers. For example a day's travel insurance, even to remain in the UK, also counts.

There are a few conditions, not every cinema accepts it, and it's limited to Tuesdays and Wednesdays, but to me this is a no-brainer.

Here's what I did. I picked a day. I went to got quotes for single trip travel insurance from Compare the Market. I set the conditions to be within the UK, with no extras wha… 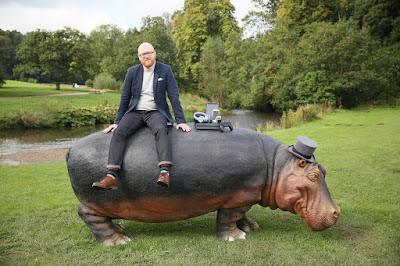 What would you do if I told you that you were paying too much for almost everything you buy online?Online retailers make a lot of money from you. They are prepared to pay other websites for you to be referred to them. What if you could get a cut of that referral, and therefore save money on what you are buying?
That is where cashback comes in.

It sounds too good to be true, but it isn't. Cashback (and cashback websites in particular) can be a little confusing so here is a short guide to get you started, as well as some hints and tips to help you along the way. What is cashback?There are now websites which give you money back when you pay for stuff online. Mobile phones, broadband, electricity, hotels, travel and much more. You sign up for an account, click through to the website you were going to use anyway, and then when you make the purchase a percentage of it comes back to you.

How does it work?The cashback sites make money from connecting you to the companies you are purchasin…

There’s not a lot new about money. The same tactics, plans and methods have worked for hundreds of years. So, in order to find a bit of money wisdom, it is worth looking at some old stuff, to see what can be applied in the modern world.
Before we get to that, let me tell you about Benjamin Franklin. He was a leading author,
printer, political theorist, politician, freemason, postmaster, scientist, inventor (he invented a lighting rod, bifocal glasses and the Franklin Stove), humorist, civic activist, statesman, and diplomat. He founded Philadelphia’s fire department and the University of Pennsylvania. He was also one of the Founding Fathers of the United States and is featured on their $100 note. All in all, a rather successful chap. When someone like that has a few words of advice, it’s generally worthwhile listening.

One way he shared some of this wisdom was through an annual pamphlet called Poor Richard's Almanack. Franklin assumed the name Richard Saunders to bring proverbs an…